In Peru I received three very different ‘first impressions.’ The first was when I landed in Lima to get my next flight: fog. The second was driving through Cusco: heat. And the last was when I finally arrived at my destination of Huyro: if I fall down one of those mountains I am so dead. When I left, my impressions had changed dramatically; friends, fun and a longing to return.

I had taken a month during my summer to head from little Northern Ireland to Peru for the Inca project. Having done a year of Archaeology in secondary school I was eager to push away the textbooks and plunge head first into some practical work; the project did not disappoint.

The Start of my Inca Project

On the second day (the first had consisted of getting to my destination, having a superb dinner by gas light and playing cards around the table) I headed off with those I would soon start referring to as my new family, into one of the numerous valleys and started hacking away with a machete. In time I became able to fell a small tree with ease. All breaks during that and every other morning were accompanied by friendly banter, a huge quantity of water and the most amazing coconut biscuits that we squabbled over each day.

Although each hike was challenging it was always well rewarded. Not only by the beautiful scenery and blue skies, but also by the surprising little treats such as the pineapple that we found growing on the mountainside as well as sugar cane. To keep the atmosphere lively we played many games. Cards, netball and board games became spectator sports.

The Festival of Inti Raymi

Whilst I was there the hugely celebrated festival of Inti Raymi was going on in Cusco, so early one morning, while it was still dark, we drank a vast amount of hot chocolate and travelled back to Cusco for a five day visit. All of the hostels and food was very cheap. Each morning we headed to a smoothie and fruit salad bar before hurrying off to watch the parades, poke around museums or just soak up the local ambiance at the open air markets.

Every weekend, after all the hard work of the week, we were allowed to head off in our group and visit whatever attractions took our fancy. Now where in Peru might you possibly want to go? Machu Picchu; and that’s right where we went! To get there we had to travel in the convoy (a battered minibus) for several hours, following the high twisting roads over blue rushing rivers beneath. We stopped every now and again to give small children lifts as they travelled to and from school, their eyes staring up widely at these strange pale people.

Then it was a walk along a train track, lush greenery providing welcome shade and sparkling expanses of water on one side. Machu Picchu quite literally takes your breath away. I could hardly believe my eyes when I turned one corner and the settlement was spread right out in front of me as far as the eye could see. I ambled around it with one friend while the rest of the group tackled the hike up Huayna Picchu.

The buildings were amazing and we were having a great time until we went up a daunting set of stairs and were told that we were going around the site in the wrong direction and we had to turn around and go back down. By that time the heat was truly intense and we decided to head back to our hostel for a nap before hitting the hot-springs later that night. It was an amazing experience and one that I am eager to try again.

Before setting out I believed that one month would surely be enough if not too much. Looking back on all the experiences I had, the friends I made and the laughs we had, I wish that it hadn’t come to an end so soon…but then again I am still planning what to do in years to come. I’m sure I’ll return one day. After all, I’ll never be late returning according to ‘Peru Time.’ 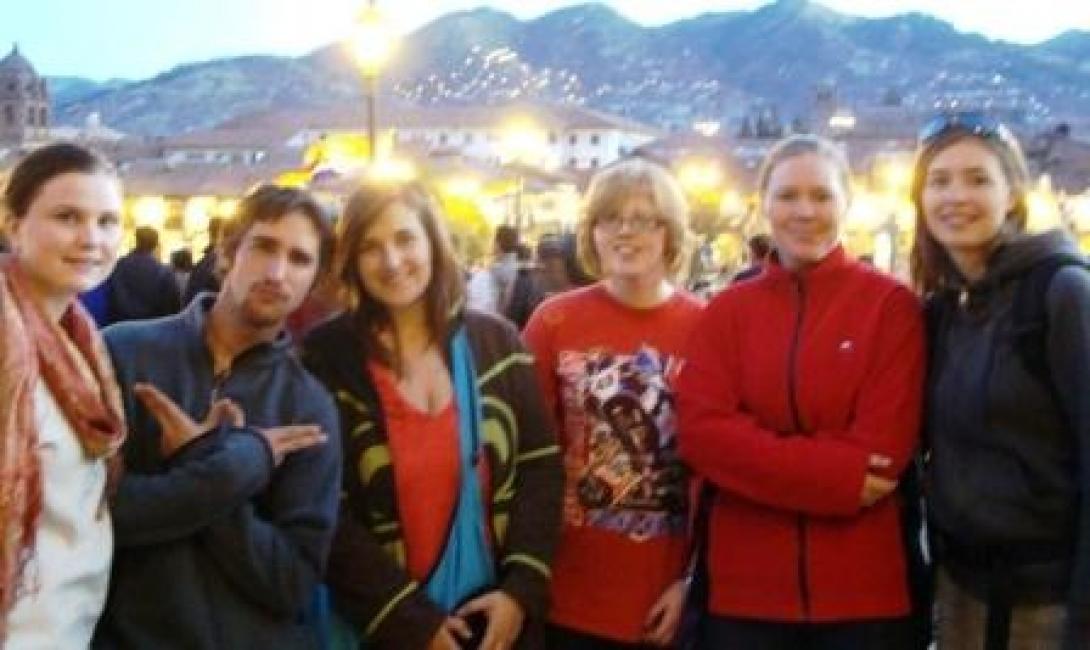