Travel the world and volunteer in these exotic locations

You’ve made up your mind: “I’m travelling more next year!”. We all agree travelling is a great way to try new things while experiencing the wonder and beauty of the world. There are so many places, people, animals, and plants to see, with vast numbers of cultures to experience. And with all of that, priceless memories are waiting to be made.

You might even be considering something different. Perhaps you can combine your travels with a volunteer project abroad? But where do you plan on going for that adventure? Not to worry; we've compiled a bucket list of places you’d be thrilled to volunteer in, and riveted to explore during your free time. This way you have a positive impact while you travel the world. How’s that for unique bucket list ideas?

What are the most beautiful destinations in the world? Here are some of our favourites:

#10 - Stroll inside the Garden of the Sleeping Giant in Fiji 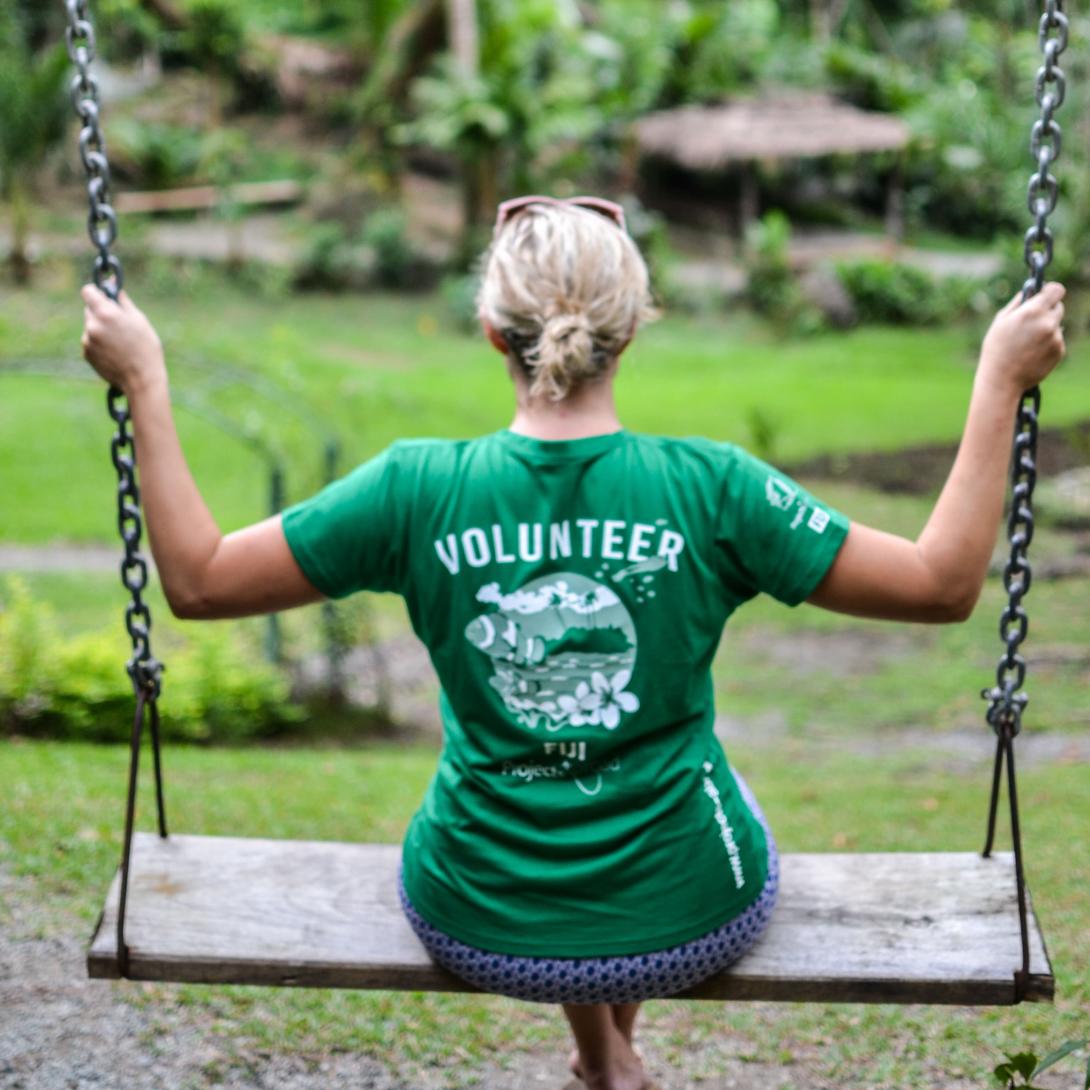 Don’t worry, there aren’t real giants in Fiji, except maybe their rugby players, and they don’t grow in the garden. What does grow in the Garden of the Sleeping Giant is over 2000 kinds of orchids.

This flower cornucopia has a staggering level of beauty. Witnessing such a vast collection of flowers growing so peacefully is enough to warm anyone’s heart.

Travel the world and get yourself over to Fiji! You can feel the island magic by doing community volunteer work or assisting with shark conservation.

#9 - See the Himalayas from Kathmandu in Nepal 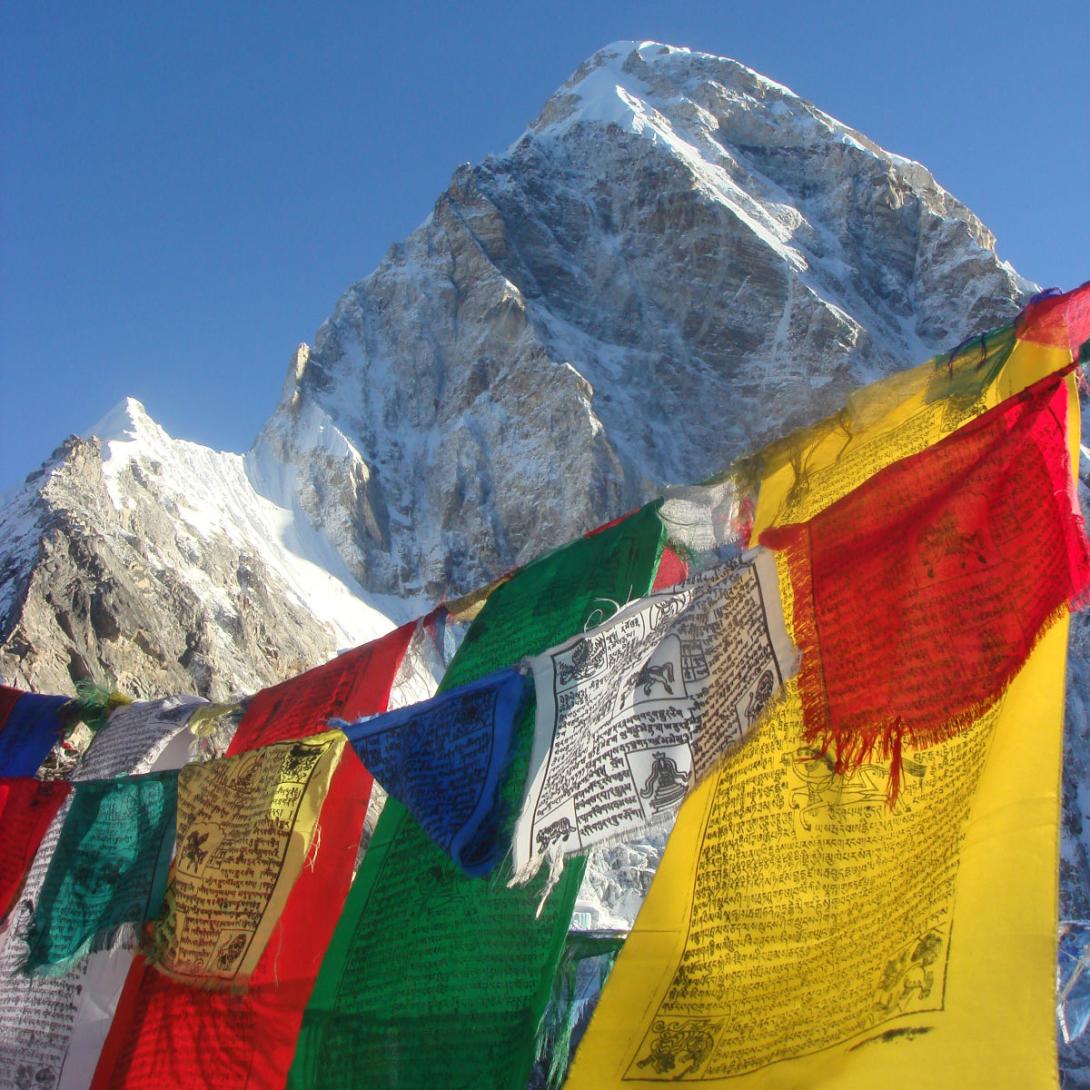 Kathmandu, the capital city of Nepal that’s dwarfed by the mighty Himalayas, can be considered one of the world’s most resilient cities. It was founded in the 8th century and has endured for almost 1,300 years, even after being hit by a number of earthquakes, one as recent as 2015.

Kathmandu means wooden temple. Supposedly the wooden temple was built from the wood of a single tree and still stands in the city today. The city’s buildings showcase a fine example of eastern architecture, which include temples built in the 1500s.

If you’re visiting this historical city you’ll see it’s still recovering from the devastation that the earthquake caused, but its splendour is not diminished. The compact layout of the city makes it ideal for wandering about on foot, talking to the friendly locals, and soaking in the culture.

Not least of all, the Kathmandu valley offers a spectacular view of the Himalayas. The sunset over the mountains is a moment you do not want to miss. This Nepali city is on every traveller’s bucket list.

If you’d like to help Nepal recover you can join one of our Nepali volunteering projects. 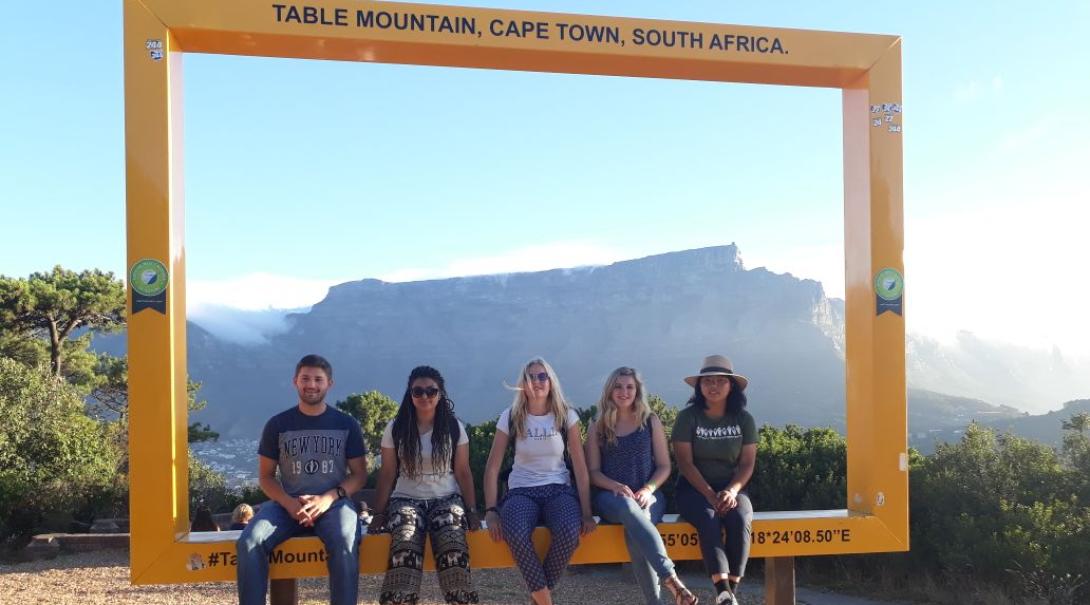 Table Mountain is one of the New Seven Wonders of Nature and with good reason. The naturally-formed three-kilometre plateau creates an amphitheatre for you to marvel at the surrounding nature, Cape Town, or the ocean.

It has hundreds of routes on and around the landmass. So if you prefer strolling at the top after taking the cable car, or conquering the landscape by foot with a group, you’ll experience wonder like never before!

You’ll see hundreds of fynbos plants and animals that aren’t found anywhere else in the world, really giving this mountain range a personality of its own. There are more species of plant on Table Mountain than the whole British Isles. So it’s no surprise that this massive slab of rock with all its biodiversity is one of the most beautiful places in the world.

Make your way to the top of the Mother City’s core when you volunteer in South Africa. 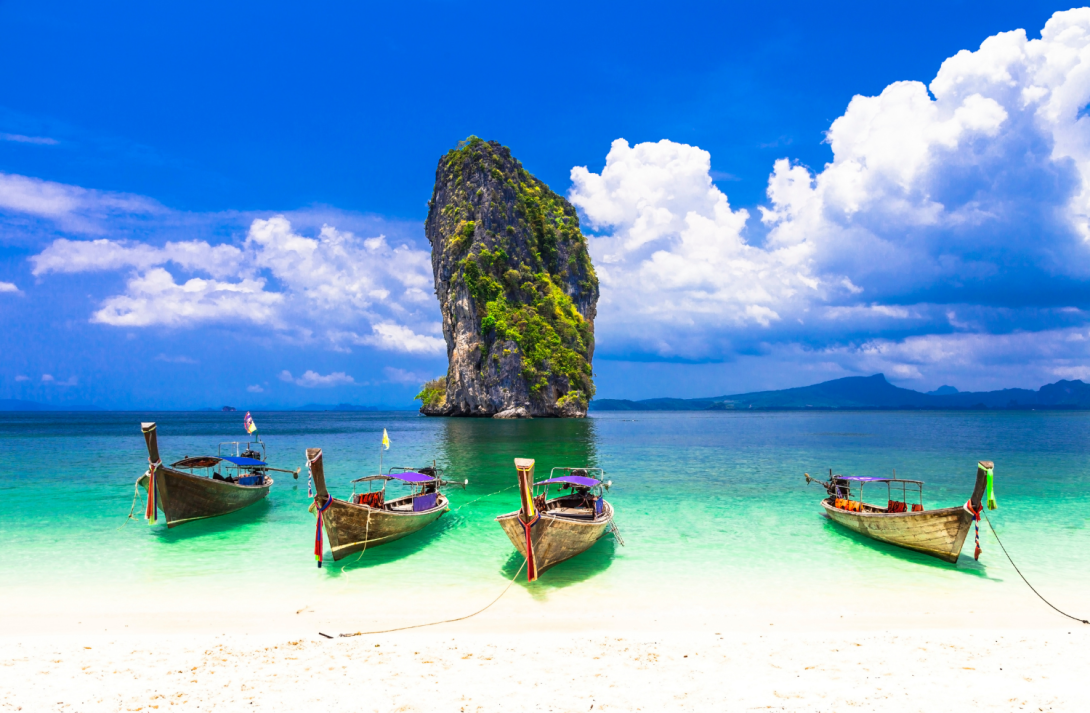 Gather your crew of fellow volunteers and explore the waters of Thailand on a longboat. You won’t be pillaging any villages or captaining the boat yourself, but being with friends and sailing between the Krabi Islands is quite the thrill.

You’ll get to experience the wind in your hair while you drift in the waves of the Andaman Sea. After seeing the light blue waters, you can also go for a dive and see what treasures are hiding beneath the waves.

You can also take a longboat tour to one of the many temples. Learn about the monks and their yellow robes and go find adventure within. You may learn a thing or two from their way of life.

Find the treasure that matters most to you on our Diving & Coral Reef Protection Project or another volunteer project in Thailand. 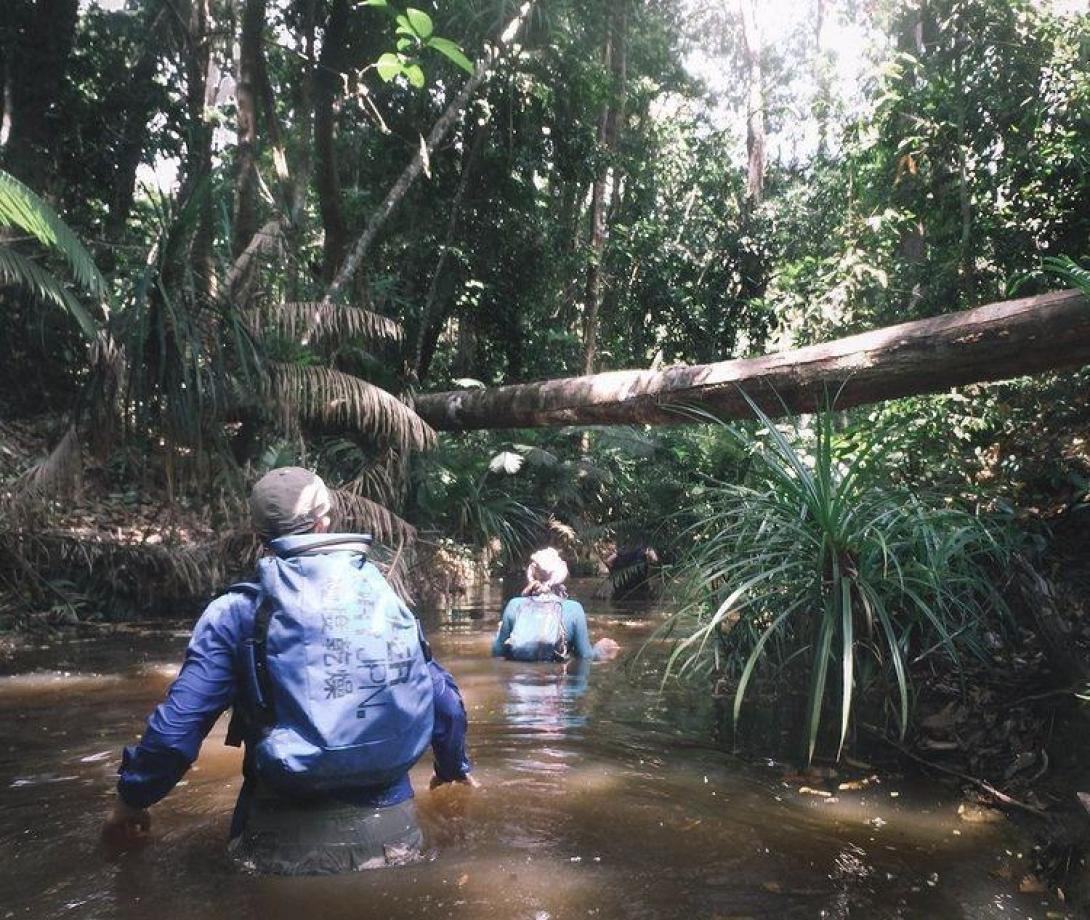 Explore the largest tropical rainforest on Earth! Imagine taking a boat along the Amazon river and stopping at remote villages sheltered among towering trees, surrounded by all kinds of wildlife. Actually, why imagine it when you can see it first-hand? Our Animal Rehab project is located deep within the rainforest. The volunteers live and work right inside the forest near the river.

The Amazon Rainforest is for those looking for adventure and to marvel at the richest biodiversity imaginable. Wake up to the sounds of the jungle, explore the rainforest by foot, on the river, or on the highest canopy walkway in South America. Catch butterflies and other bugs at night, sail the river and find alligators.

During July and August, you can camp by the river to collect turtle eggs for protection. Help feed monkeys and other endangered animals. Meet remote communities and become part of a family of volunteers.

Check out our volunteer projects in Peru. You can also help with the conservation of its natural beauty by joining our Animal Rehab Project in Peru.

#5 - Discover the Secrets of HaLong Bay Isles in Vietnam 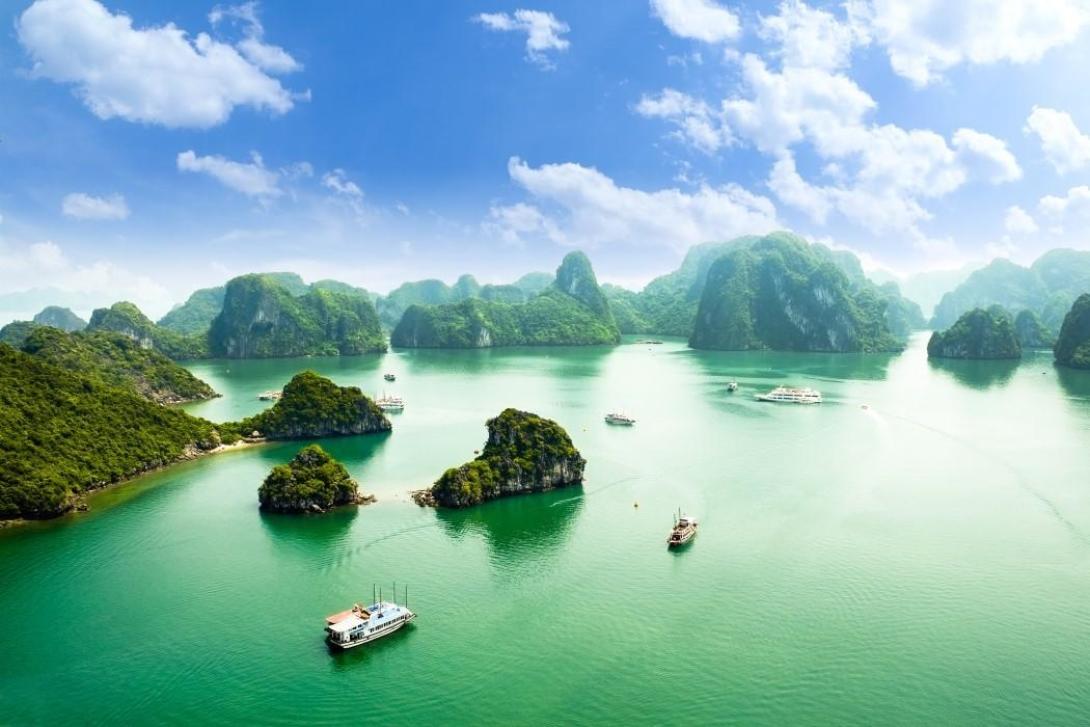 HaLong Bay, or Descending Dragon Bay if you want the literal translation. Legend has it that the Vietnamese people are descendants of dragons and the islands and islets are the transformed teeth of dragons.

Of course, anyone would be thrilled to find any traces of dragons, and the caves of HaLong Bay may give you an eerie feeling that maybe they do exist. You may not find any dragons lurking about in odd corners, but you’ll find a culturally rich country with a strong history.

Take a weekend boat cruise between the looming Karst mountains and islands. Kayak at sunset and explore caves. This is all within easy reach of Hanoi.

The tropical climate in HaLong Bay has an evergreen ecosystem so you can be awed by its beauty at any time of the year. This unique bucket list destination sounds like the kind of place a dragon would live…

#4 - Marvel at Angkor Wat in Cambodia 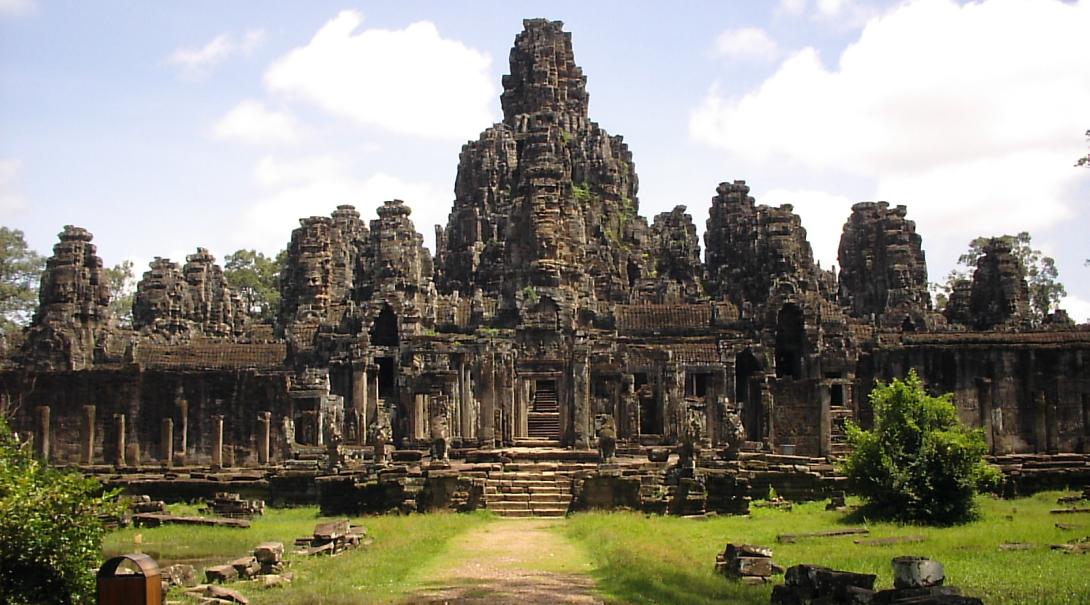 Whether you’re on a pilgrimage, or just admiring the architectural wonder of Angkor Wat, this 12th-century religious structure commands your awe.

This monument to the gods, Shiva, Brahma, and Vishnu, was built by the Khmer kings dynasty from as early as the 9th century. You can immerse yourself in the rich Cambodian culture when you visit Angkor and speak to the natives. You may find yourself enjoying some traditional activities like meditation and yoga and take the teachings of those activities home with you.

Ensure you get the best of Cambodia on our Khmer Cultural Immersion Project and learn about the past kings with our list of cultural things to do and experience. You can also try your hand at our other Cambodia volunteering projects if history is not up your alley 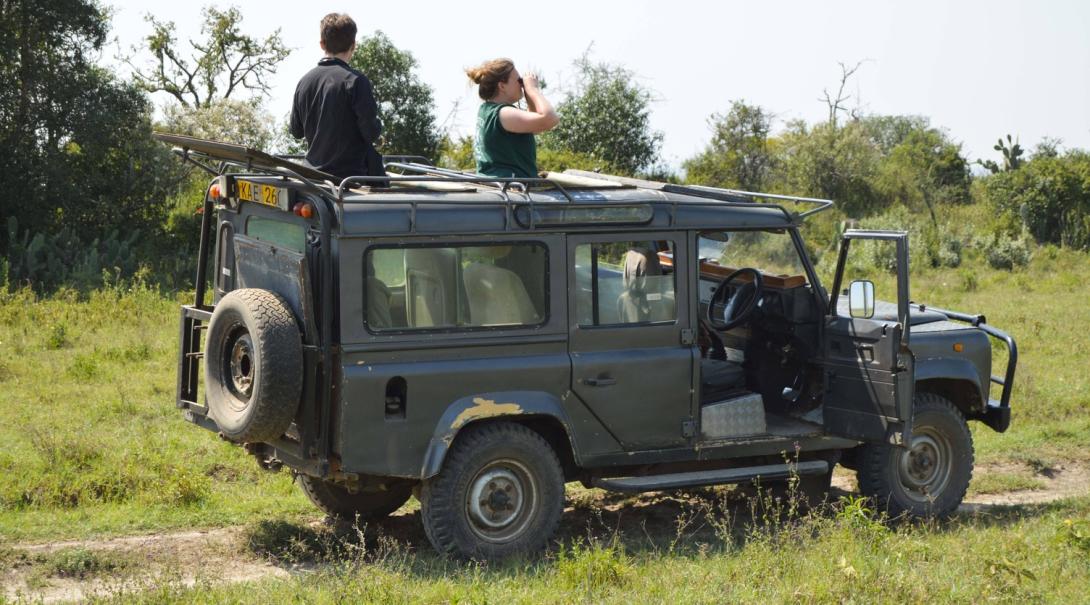 If wandering through Fiji’s gardens and building sandcastles on the beach is not your style, perhaps you’d prefer to hop on a jeep in Kenya. Along with the Serengeti Park, the Maasai Mara Wildlife Reserve showcases the best safari animals the plains of Africa has to offer.

It’s a great bucket list destination for your family. The best time to visit is during the wildebeest migration. This creates a lot of movement amongst lions and other big cats who are looking to pick off the stragglers.

The savannah is a stark contrast to the relaxed atmosphere of Fiji. It may not have all the pretty flowers, but its majesty is unrivalled. After all, it is home to the King of the Jungle.

If you want to keep the King and his tribe in power, join our Giraffe and Lion Conservation Project in Kenya.

#2 - Travel to Mount Kilimanjaro in Tanzania 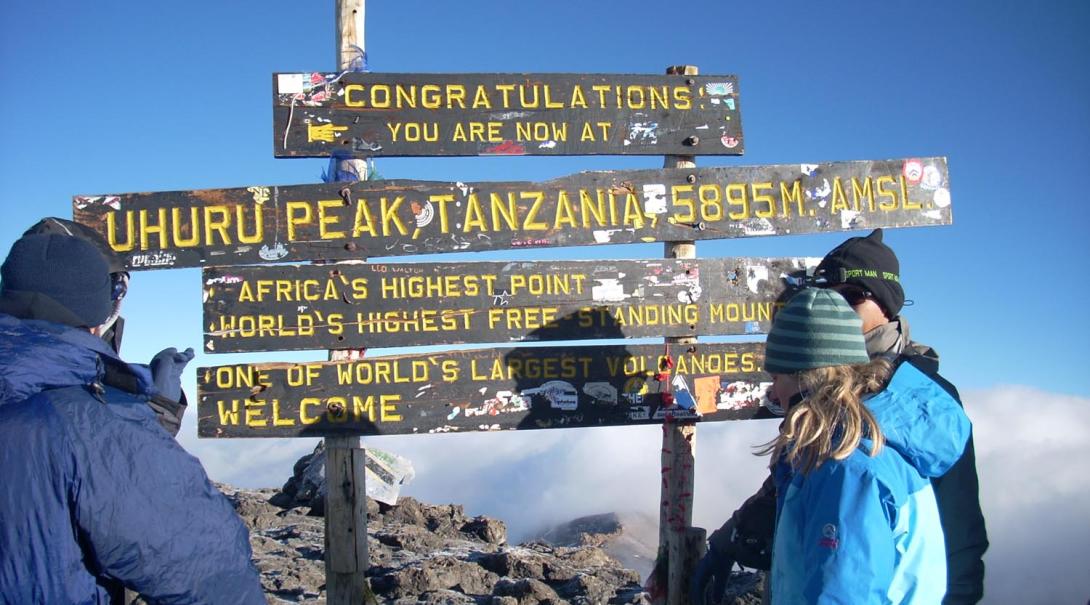 The highest point in Africa: Mount Kilimanjaro. If you make it to the top you can see your home on the other side of the Earth. Okay, we know that’s not true, but 5895 metres above sea level really puts being on top of the world into perspective.

Even if you don’t plan to scale the mountain, the surrounding area is thick with forests. In the national reserve, you can be in awe from the top or bottom of the mountain. The park is home to a variety of deer, birds, monkeys, and other African animals.

If you don’t have time to make it to the top, just visiting the surrounding park and basking in its glory is quite the feeling itself. Explore Tanzania and this natural monument by taking part in one of our Tanzanian volunteer projects with many new things to try.

#1 - Explore the Citadel of Machu Picchu in Peru 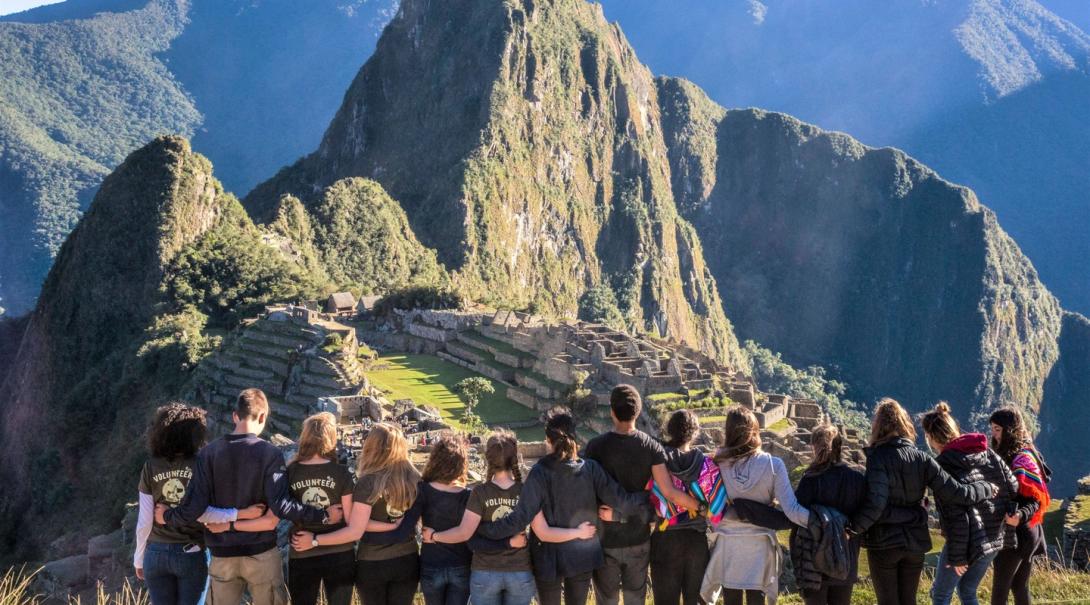 Visit the ancient Inca city of Machu Picchu and discover the mysterious history of the Inca people. Historians estimate the citadel was built in the 15th century. You’ll feel the heritage and appreciation of nature that the Incas had when you’re inside the citadel. This, combined with panoramic views is sure to make your visit an adventure of a lifetime.

The mountainous area is the break away from everyday life that you need. Hike the Inca Trail over four days, or stare in wonder during the relaxed train ride as you journey through the mountains. The enigmatic mountain city will leave you breathless as it unfolds before you.

Satisfy your inner explorer by uncovering the secrets of the Inca people when you visit one of the best historical places to visit in the world. You can even preserve it by joining our Incan and Wari Archeology Volunteer Project in Peru.

There are many places with open secrets, powerful legacies, and vast biodiversities. The only way we can truly know them is if we’ve experience it ourselves. What are you waiting for? Go out there and discover the world. By doing so, you can even discover what you’re capable of.

Don't forget to spread the word and let us know what you think on Facebook and Twitter!

Want to know more about these bucket list destinations?